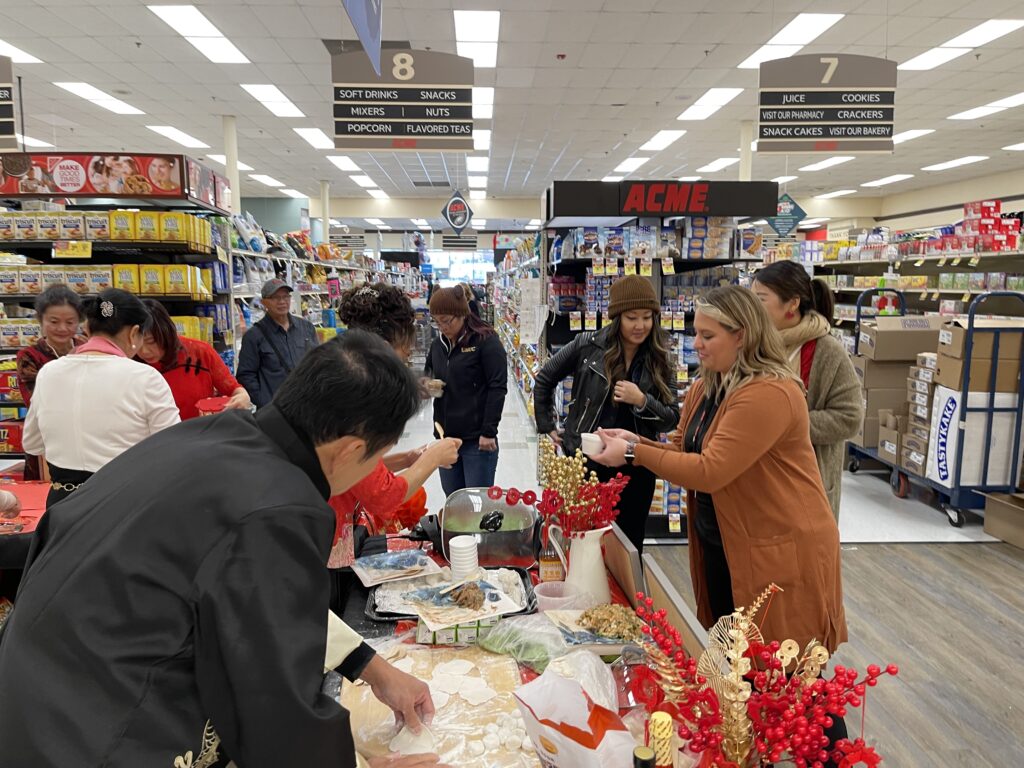 a series of celebration activities with many social organizations in Greater Philadelphia, shared traditional Chinese culture with the American people, and brought a deep love and festive atmosphere to the Chinese community. 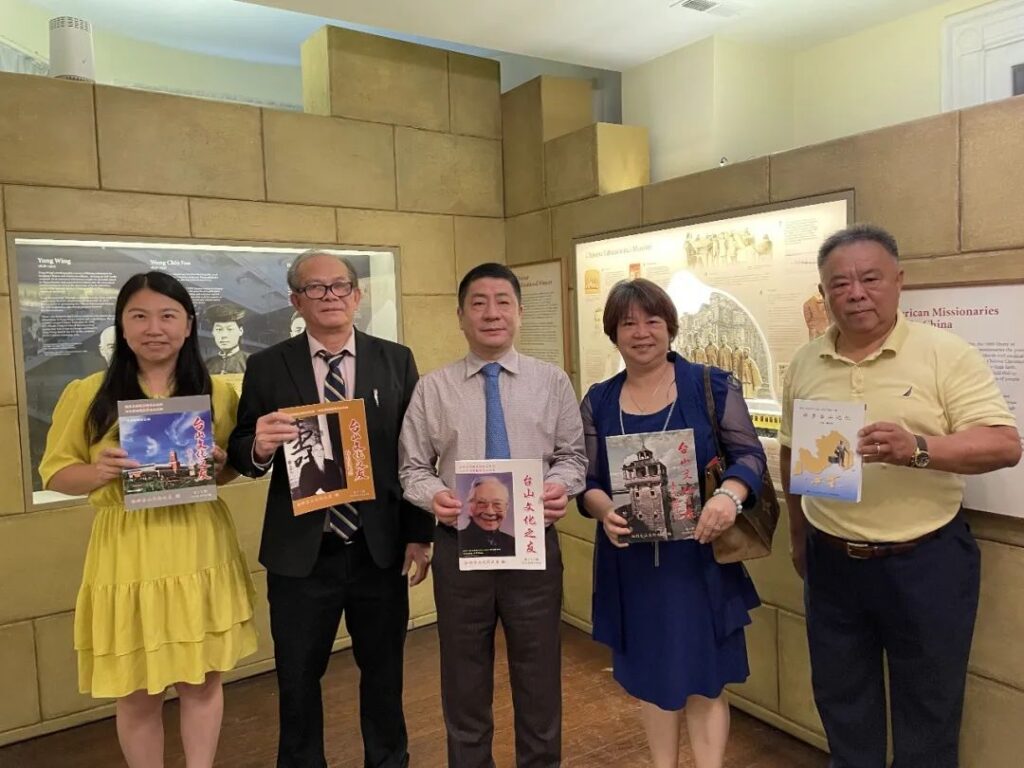 On Jun 27, Mr. Huang was invited by the curator of the “American Chinese Museum,” Steven Zhu to visit the Museum and participate in a calligraphy exchange. 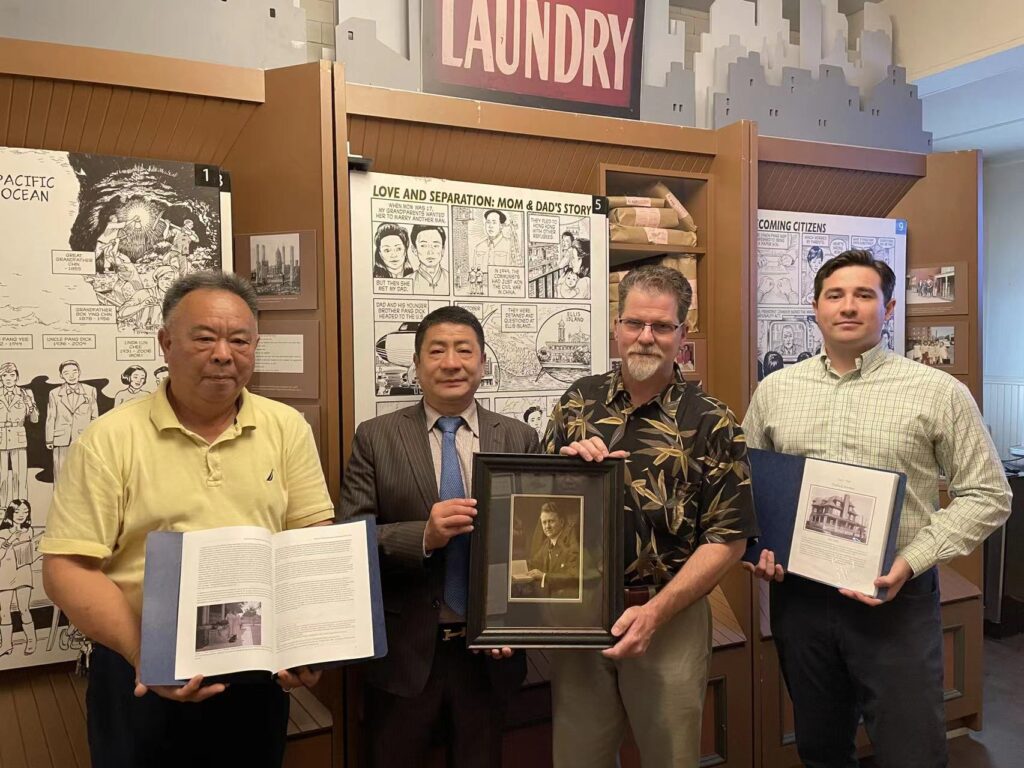 On Monday, Richard Castor, a great grandson of the Castor house’s designer and original owner, visited the American Chinese Museum and told stories about his family and their relationship with the house. 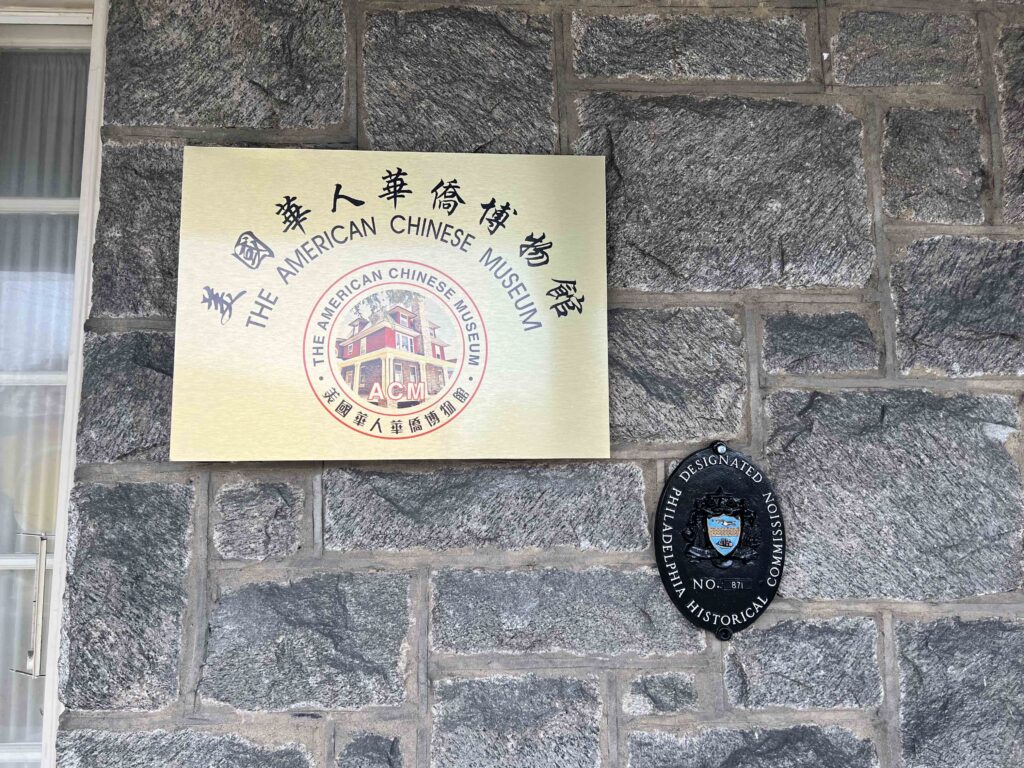 On April 7th, American Chinese Museum was authorized to display a Philadelphia Historical Commission Historical Plaque on the property at 7345 and 7347 Oxford Avenue.